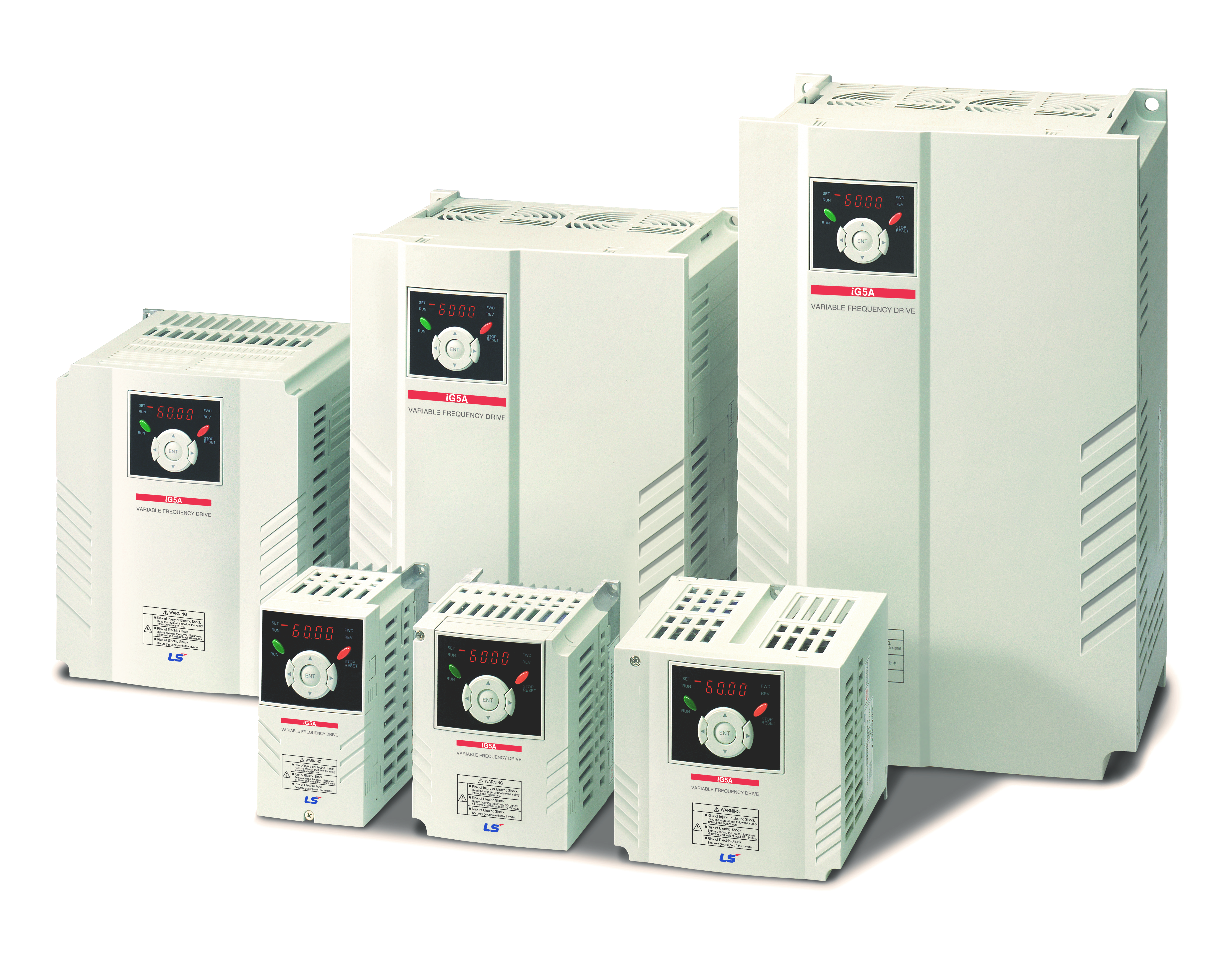 VSD’s from all around the world have been flooding the market with grandiose promises of efficiency and reliability which are more often than not lived up to.

Enter the already well known LSIS range of drives in particular the now famous iG5A. This drive was launched in late 2003 and is the successor to the LG-iG5 which was launched for the first time in the mid 90’s. In striving to keep up with the demands for usability the LSIS-iG5A has enjoyed a lot of attention by having constant updates and upgrades to its firmware and hardware while keeping its user-friendly interface and design intact. In 2016 it enjoyed a full hardware upgrade with added firmware features.

Among other things, the iG5A has input and output Phase protection, Sensorless vector control, Built-in PID control and DBU circuit as well as RS-485 for field devices such as PLC’s and HMI’s

By word of mouth and experience, the LSIS-iG5A has proved and still is proving to be one of the favored drives in the market place that delivers what it was made to do at a price that would put a smile on your accountants face.